Can Hospitals Be Held Accountable? 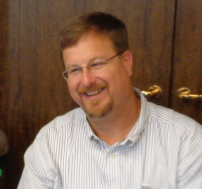 Like so many of us, attorney Mark Freeman in Pennsylvania was drawn into the shaken baby arena by chance. A close friend was accused of shaking his own child, and Freeman saw a quick and inaccurate diagnosis turn into a personal nightmare for an innocent family.

Freeman was not a litigating attorney.  He still specializes in elder law: estate planning, wills, long-term care provisions. After working on his friend’s defense, however, he’s not only become a courtroom resource for criminal attorneys faced with shaking cases, but he’s started fighting the battle on a new front. He’s filing civil rights suits against hospitals and their child protection teams, counties and their social service agencies, and individuals at these institutions on behalf of innocent families accused of infant abuse.

As those who follow this blog know, accused parents routinely miss out on their children’s infancies and can lose their jobs, their life’s savings, their freedom, and any semblance of a normal family life. Freeman’s suits ask the hospitals and counties to change their policies, or, in some cases, to enforce the policies ostensibly in place, to protect against hasty prosecutions and vindictive foster placement. 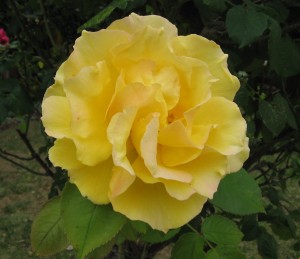 In two of Freeman’s civil-rights cases, prominent child-abuse specialists attributed multiple anterior rib fractures to abuse, but without ordering the blood tests that would have revealed vitamin D deficiencies—rickets—in both patients. One doctor at Penn State Hershey Medical Center testified inaccurately that the child’s fractures were posterior: Posterior rib fractures in an infant are believed by some experts to result almost exclusively from abuse, while anterior rib fractures are known to result from bone diseases, like rickets.

Even though exonerating medical evidence was available early on, the infants in both rickets cases spent months of their young lives in the care of strangers. Even with the accused fathers out of the house, the mothers were denied custody because they refused to believe that their husbands were guilty. One father spent a year in jail before being exonerated. Social services and police were depending entirely on the reports from the hospitals’ child protection teams.

Another commonality in the two rickets suits is a discriminatory policy at the Penn State Hershey Medical Center regarding expert testimony by faculty members. Hershey doctors testifying for the prosecution in child abuse cases are free to reference their faculty affiliations and conduct their correspondence on Penn State letterhead, and their activities are covered by the school’s liability insurance. At the same time, the school prohibits doctors testifying for child-abuse defendants from citing their faculty affiliations or corresponding on Penn State letterhead, and excludes their legal activities from coverage by the school’s liability insurance.

The most recent suit also questions the objectivity of both Hershey Medical Center and pediatric neurosurgeon Dr. Mark Dias, a leading proponent of shaking theory who has brought to his institution millions of dollars in federal grant money, to educate parents about the dangers of shaking.

For a news story about Freeman’s recent filing, see

For the text of that suit, which includes an entertaining sequence for anyone who’s ever tried to get an answer from a prestigious specialist at a children’s hospital, go to

2015 update:  Mark Freeman helped an accused family win compensation from the county that pressed their case.

If you are unfamiliar with the debate surrounding shaken baby syndrome in the courtroom, please see the home page of this blog.

4 responses to “Can Hospitals Be Held Accountable?”