A Word From the Hangbin and Ying Li Rescue Committee 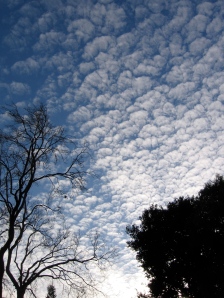 The second-degree murder trial of Hangbin Li, the immigrant father in the news last month for turning down a generous plea bargain,  has been postponed due to the storms in New York, but is now scheduled for later this week.

Mid-November update: The trial is now scheduled for January, 2013.

Hangbin Li and his common-law wife Ying Li were accused of shaking their daughter Annie to death in 2008. While the couple has spent years in jail, denying the charges and waiting for trial, their community has rallied around them. Now their friend Michael Chu has released a statement of support, which he hopes to distribute widely before trial, on behalf of the Hangbin and Ying Li Rescue Committee:

Abuse of children is a real problem. People who commit the crime deserve the full fury of law. However, it is very important that evidence based science instead of the old SBS dogma be used in distinguishing cases where abuse actually occurs as opposed to trauma occurring for other reasons. In the Li’s case, 5 months after the passing away of their beloved daughter Annie, and still in deep bereavement over the loss of their beloved child, Hangbin and Ying were incarcerated, not knowing why.

Last month (October), which is almost 5 years after their initial incarceration, Hangbin was offered a plea bargain which was really tempting. This poor young man was offered the choice of immediate freedom at the price of his innocence. The mental torture he suffered was inhumane. “To be or not to be, that is the question.” He called family members, supporters and friends for advice. He asked me and my wife, “If I were your son, what would you tell me?” We cried. Oh God, what this man has suffered I would not wish my worst enemy to go through.

Finally, Hang Bin made a decision. While he almost ended up accepting the offer, a sudden idea struck him. As a victim of false SBS allegations, he felt that no one else should suffer as he did. From various literatures, he had learned that the number of people who have been wrongly accused of SBS is far more than he imagined. He started to ask himself these questions: Does this (false allegation/conviction) have to go on and on? Why do I have to admit to something I did not do? Do innocent people have to be accused and convicted of something they have not done and do nothing about it? On top of that, he has already lost Annie; he can’t afford to lose Ying and his second daughter Angela (he will be deported when the court releases him if he admits to any charge against him). They are the love of his life.

Baby Annie was born with mutated gene and had spent her first few days in the NICU. In a DNA test done on Annie’s tissue a couple of months back, defective gene relating to OI (Osteogenesis Imperfecta) had been detected. “ It would be important to understand other inherited conditions in Annie’s family that might have created a situation that looked like shaken baby syndrome but was in fact, attributed to something else,” said Dr. Sessions Cole, director of newborn medicine at St. Louis Children’s Hospital.

If one would just spend some time researching the SBS literature and talk to the wrongly accused in depth, he/she will be taken aback at the absurdity of the triad based SBS assumptions which the prosecutors resorted to in the conviction of many parents/caregivers. You can’t help but ask one question again and again: Given the wide array of solid scientific research that questions the validity of SBS theory, why does the judicial system still choose to turn a deaf ear to evidence based science? Even former supporters of the SBS theory such as the renowned Dr. Norman Guthkelch and Dr. Patrick Barnes, are now advising caution before choosing a SBS diagnosis. Dr. Guthkelch is credited with founding the syndrome in 1971.

How can the criminal justice system and law enforcement officers, hold high the banner of justice on one hand, but on the other, refuse to look at truth? How many ears must one law officer have before he can hear innocent people cry? How many wrongful imprisonments will it take till he knows that too many people have been falsely convicted? This is a very serious question that every concerned citizen should think about. The protection of children is a measure of society’s progress. There are people who abuse children. They should be given the gravest penalty that the law allows. But do we have the right to punish the innocent just because we know that there are heinous child abusers out there so that scarifying the innocent can be justified in the name of protecting children? A humanistic society should not allow that.

We need a rigid diagnostic protocol to be applied to SBS cases to prevent medical professionals from jumping to conclusions as soon as they see the 3 symptoms of shaken baby syndrome. Dr. Guthkelch says it’s time to get all interested parties together to get them to agree on what can be said with scientific certainty about shaken baby syndrome. How much longer do we have to wait until this is accomplished? The sword of Damocles could fall on anyone as long as the triad based diagnosis is allowed to reign supreme.

For more information on this case, see the New York Times coverage from last winter, at http://www.nytimes.com/2012/01/15/nyregion/what-happened-to-baby-annie.html?pagewanted=1&_r=2&sq=li%20hangbin&st=cse&scp=1