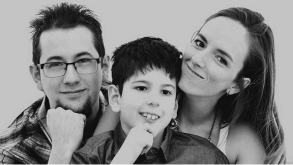 What started out as a feel-good story about the kindness of strangers has turned into a CPS nightmare for a family in the Pacific northwest, where doctors at Seattle Children’s Hospital have accused Thomas Everson and his wife Brandi McNerny Everson of exaggerating their son’s disabilities and subjecting him to unnecessary medical care. The diagnosis has several names, including “medical child abuse” and “caretaker-inflicted illness.”

The tale started in February, when the family issued an on-line request asking people to send their special-needs son “Bubby” a card for his ninth birthday, maybe with some stickers inside, because Bubby loves opening mail, especially when he finds stickers inside. Bubby lives with both physical and mental impairments, the long-term effects of a virus he contracted in utero, which makes it congenital Cytomegalovirus or CMV.

The family’s request for mail went viral and Bubby received thousands of birthday cards, a development that led to even more coverage, like this follow-up piece from the Fox news station that ran the first story. Overwhelmed with good wishes, the family started passing along the bounty to other special needs children. “It has changed his life,” Bubby’s mother Brandi said on camera, “He’s so happy.”

A few months later, though, when Brandi rescheduled one of her son’s many doctor appointments, CPS workers followed up with a home visit to investigate the “missed” appointment. Brandi later told television reporters that the social workers “seemed very concerned about the stacks of mail piled inside their home.”

Two weeks later, CPS workers arrived to take Bubby into foster care, allowing his stunned mother only a few minutes to pack him a bag and say good-bye. The couple is now frantic about  their son’s welfare, they say, as his medical and psychological needs are complex.

The Eversons told news reporters that they fear the stacks of mail gave social workers the wrong impression, but I have a different theory. I wonder if it was the family’s on-line advocacy for their son that brought them to the attention of the child abuse team. 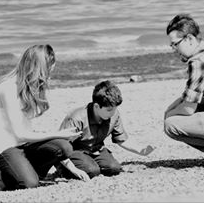 This explanation occurred to me because last year I read an article by Dr. Ana N. Brown at Seattle Children’s Hospital and several of her child protection colleagues, “Care taker blogs in caregiver-fabricated illness in a child: A window into the caregiver’s thinking?,” in the journal Child Abuse and Neglect (38[2014]488–497). The paper reported on three children (a “non-consecutive convenience sample”) seen at Seattle Children’s Hospital with illnesses the doctors concluded were imagined or induced by their mothers. All three children improved when they were removed from their families—although two of the three seem to have chronic conditions that still require treatment. All three mothers had been posting on the internet about their child’s ill health, at least two of them with on-line fund-raising appeals. In their paper on the phenomenon, the authors wrote, “This online seeking of attention and secondary gain provided a new dimension to caregiver-fabricated illness in a child.” 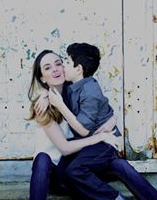 In December of 2014, before the Everson family knew their appeal for mail would catch fire in the media, Brandi had started a GoFundMe page to raise money for a “sensory room” for Bubby, a safe place with textured walls and specialized play areas where he could de-stress and develop his motor skills. The family had already raised more than the $5,000 they were aiming for, so they had shut down the site before the accusations arose—now they have halted renovations and reopened the site as “Attorney for CPS Case+Sensory Room.”

In a news interview days after her son was taken, Brandi said she was shocked when social workers whisked him away. “We were communicating with the CPS investigator and following all of her suggestions,” she said—a line that echoed when I reviewed the Brown et al. paper and came across this paragraph:

In two of the cases, the parents continued blogging about their children’s reported illnesses after court ordered intervention. This behavior was viewed as an indicator that the initial protective intervention had not been successful and the child remained at risk. This information became crucial for investigators, as the parents otherwise appeared compliant with court ordered evaluations and supervision plans and appeared to have responded to the protective interventions. Investigators reported that the parent’s continued on-line blogging content was considered strong evidence that the child remained unsafe to return home.

In their journal article, Brown et al. described some of the features of the tell-tale postings, which included distortion of the medical facts, an emphasis on the caretaker’s challenges instead of the child’s, a negative characterization of doctors, and fund-raising activity. “Through one website,” the doctors noted, “we learned that the family used the donated money to buy expensive durable goods which would directly benefit the parents.”

The Everson family’s plans for a “sensory room” for Bubby would seem to put the boy’s interests first, but I’m pretty sure the doctors would not approve of fund-raising to fight the accusations, and I fear that the from-the-heart Facebook video that Brandi posted, after she realized what she was accused of, has already been deemed to place the emphasis on her pain instead of her child’s needs. I think this situation might be a legitimate circumstance for the adjective “Kafkaesque.” (Dec. 2015 update: The family has removed their presence from the web.)

Custody hearings for Bubby Everson concluded earlier this week, amid television coverage from Fox news and King 5 that give some insight into the specific charges. Bubby slept in a special bed with webbing around it, for example, which the state apparently characterized as an attempt to imprison him—his parents say the netting is to keep him safe, so he won’t fall on the floor during a seizure. The state also seems to have argued that Bubby does not have autism, as his parents have claimed, and that he does not need the orthotic boots, feeding tube, or wheel chair that are all part of his life. The parents provided medical records showing that their son has been treated for “autism spectrum disorder” and argued that the other interventions were all prescribed by medical professionals and paid for by state insurance.

The news reports I’ve seen of this case haven’t raised any questions about the overall reliability of a “medical child abuse” diagnosis. The hearing coverage from King 5, for example, featured an interview with an attorney and former CPS worker who said, “For a court to step in and get an order to remove a child, something very serious has happened… Quite honestly, most of the time it doesn’t rise to this level, where you get a team of doctors from Children’s stepping in. And so, that’s going to get the attention of the court. It certainly got the attention of the department.”

“Medical child abuse” and “caregiver-fabricated illness” are the new terms for what was once called “Munchausen syndrome by proxy,” a reference to the confabulations of the protagonist in a set of satirical tales from the 1700s inspired by a real-life baron who famously enjoyed recounting his exploits in the Russo-Turkish war. In Munchausen syndrome, a patient lies about his or her own symptoms. Munchausen by proxy, of course, means inventing an illness for someone else. Child abuse experts like Dr. Carole Jenny, who joined the Seattle Children’s Hospital staff in 2014, are encouraging the new terminology—the publicity for a 2008 book Dr. Jenny co-authored argues:

[T]he term Munchausen syndrome by proxy should be retired permanently and replaced with a commonsense appreciation that children can be abused by their parents in the medical environment. Physicians who find themselves providing unnecessary and harmful medical care can see the abuse for what it is, another way parents can harm children.

Dr. Jenny is also an outspoken proponent of shaken baby theory—she gave this talk in Tel Aviv in 2013 (only the introduction is in Hebrew; her presentation is in English).

I fear that we are now facing a wave of inaccurate “medical child abuse” diagnoses—consider, for example, Justina Pelletier, whose health continued to decline for 16 months before the courts rejected the advice of Boston Children’s Hospital and returned her to her parents last June. While Justina’s custody battle was still in the news, the web site Lifting the Veil, which focuses on reform of the child welfare system, posted this round-up of Munchausen by proxy diagnoses that turned out to be inaccurate.

Like shaken baby syndrome, the diagnosis of medical abuse rests on the subjective opinion of the child abuse experts, and it includes the assumption that the child’s caretakers are lying, a combination that makes me very nervous.

I’m not saying that medical child abuse doesn’t happen, only that it’s treacherous territory. Most disturbingly, the diagnosis, like shaken baby, is another opportunity for the families of children with rare or poorly understood medical conditions to be wrongfully accused of abuse.

June update: The judge ruled to keep Bubby Everson in foster care for now. His parents are preparing for a fact-finding hearing, and still maintaining their Bubby’s Journey and  Bring Bubby HOME Facebook pages.

December update: The family has taken down both their Facebook and GoFundMe pages.

9 responses to ““Medical Child Abuse”—Be Careful What You Post”