A courthouse in New Mexico.

Three legal developments this week illustrate that the steady push against unfounded diagnoses of shaken baby syndrome is having its effect.

A grand jury in Taos has declined to charge a young father with the shaking death of his son, after hearings that included testimony by emergency physician Dr. Steven Gabaeff, an outspoken critic of shaken baby syndrome theory.

Reporter Chandra Johnson’s first-rate article in The Taos News implies that this was a triad-only case with complicating factors. The child was only three weeks old, and the parents had taken him to the doctor not long before his melt-down because he was congested and was having trouble breathing. On the day of the incident, the father reported, he was again having breathing trouble, with “not much of an appetite.”

“In recent years, the whole shaken baby theory has come under fire as misguided and wrong,” Day said in a phone interview Tuesday (Sept. 4). “There are a combination of relatively normal illnesses that could have caused brain swelling that put pressure on the retinal tissue.”

In Montana, meanwhile, the Innocence Project has filed an appeal on behalf of Robert J. Wilkes, convicted of killing his 3 1/2-month-old son in 2008. The case against Wilkes rested on two presumptions:

According to Gwen Florio’s refreshingly thoughtful article in the Missoulian, the appeal argues both that Wilkes received ineffective assistance of counsel and that new evidence shows his son suffered from a rare and deadly liver disorder. The coverage quotes the Innocence Project’s appeal:

“Over the past decade, opposition to SBS (shaken baby syndrome) has grown from a trickle to a virtual avalanche.”

Readers of this blog are likely to endorse the author’s final paragraph, about her talk with Montana Innocence Project executive director Jessie McQuillan, who “said she’d like to see Wilkes’ case added to the national conversation on the issue.” 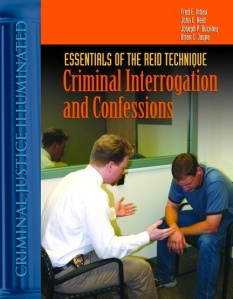 Denkel’s decision discarded Chapel’s confession to inflicting head injury on a child, which was delivered after eight hours of interrogation by officers the judge described as “a desperate investigative team that was bent on extracting a confession at any cost.”

Reporter Douglas Quan’s well-researched piece in The Calgary Herald quotes the judge’s opinion at length, including this statement:

“I denounce the use of this technique in the strongest terms possible and find that its use can lead to overwhelmingly oppressive situations that can render false confessions and cause innocent people to be wrongfully imprisoned.”

If you missed the post last winter about the interrogation that led to a dubious confession by teenager Nga Truang, you can see it here.

Not Everybody Listens Carefully

The Columbia Missourian ran a poignant story last week about a young father taking a plea bargain. He originally reported that his daughter had fallen out of her crib, and that he had shaken her to see if he could rouse her.  The doctors insisted the shaking had been violent, and the police heard a confession.

While accepting the father’s guilty plea on an assault charge, the judge asked the young man if he knew what he had done wrong, and the father said something very much like, “I guess that would be the shaking part.”

Side note: The National Institutes of Health infant CPR advice sheet begins its list of first aid steps with, “1.  Check for alertness. Shake or tap the infant gently.”

This story was but is no longer on line at http://www.columbiamissourian.com/stories/2012/09/05/man-pleads-guilty-assault-shaking-baby/

Finally, a tragic young mother in Virginia pled to charges of child neglect, again after changing her initial story under further questioning. Astonishingly, she confessed to interrogators that she had shaken her son, but the autopsy showed no signs of shaken baby syndrome.

Reporter Amber Lester Kennedy, understandably, I admit, treated the abuse as a given in her article in the Williamburg Yorktown Daily.