Jason Curtis: In the Jaws of Injustice

Jason Curtis in Iowa was convicted last month of first-degree murder in the death of his son Jackson, 5 months old when he quit breathing during a nap.

Curtis’s story was simple:  He was at home with the baby while the child’s mother was at work. He thought Jackson was asleep, but when he checked on him mid-morning, he found the boy unresponsive. He immediately dialed 911.

Doctors found no bruises, abrasions, red marks, or fractures, but bleeding and swelling inside the boy’s skull convinced them he had been assaulted—more than once.

Like many children diagnosed with shaking injuries, Jackson had a complex medical history. He had been prescribed a series of anti-biotics and anti-fungal medications, and he had been hospitalized at the age of three months for failure to thrive.  On the day he quit breathing, he was being treated for a respiratory infection. Autopsy revealed a large chronic subdural hematoma and multiple small rebleeds. 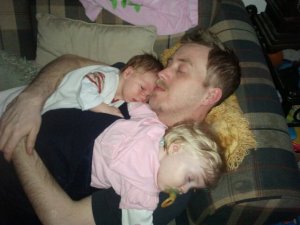 “Every time they gave him a new medication, he got sicker,” says Roni Hays, Curtis’s aunt, who also points out that during ten doctor visits over Jackson’s five months of life, not a single medical record noted evidence of abuse.

Even one of the prosecution experts testified that nothing in the child’s brain could “unequivocally” be considered evidence of trauma. Daily trial coverage in the local newspaper, no longer on line, included the testimony of defense experts Dr. Waney Squier and Dr. Peter Stephens, who disputed the abuse diagnosis.

Prosecutor Matt Wilber told reporters after the verdict that his office had targeted Curtis from the beginning, because of a “prior child abuse conviction.” Patty Parham, another of Curtis’s aunts, told me that a couple of years ago both Curtis and the children’s mother had taken plea bargains on the advice of their public defenders, when their four-month-old daughter was found to have a fractured arm and clavicle. Curtis pled guilty to child endangerment and the girl was returned to her parents. (If you assume all plea bargains equal confessions, please see this posting.)

“Jason would never hurt a child,” Parham insists. “If you ever saw Jason with his kids you’d know it. His children are everything to him.” Friends and relatives commenting on his petition site concur. A former supervisor of Curtis’s at an adult care facility wrote that Jason “always gave dignity and respect to our residents.”

To sign your name to his petition, please go to this site.