Fathers in the Cross-Hairs

Kristian Aspelin and the newborn Johan, 2010, courtesy the Aspelin family

Exonerated fathers are on a streak lately, after years of pain and struggle for the families involved.

Earlier this month NPR reported the dropping of felony assault charges against Kristian Aspelin, a San Francisco father of two who in 2011 said his 3-month-old son Johan had slipped out of his hands and onto the kitchen floor. The medical examiner rejected that explanation, concluding from the autopsy that the boy had been shaken and slammed to death.

Key to Aspelin’s legal victory, reporter Joseph Shapiro concludes, was having the resources to hire a quality defense team. By selling his house, cleaning out his savings, and borrowing from family and friends, Aspelin was able to present the prosecution with exonerating reports from six medical experts and a biomechanical engineer, plus a video re-enactment of the fall as he had originally reported it. Charges were dropped without a trial.

January 2014 Update:  San Franciscio station KPIX revisited the case, on the occasion of the Aspelin family’s welcoming triplets into the world.

In Las Vegas, meanwhile, a father found innocent at trial has filed suit against the county for continuing to keep him apart from his family after the verdict. In this touching story, Associated Press reporter Ken Ritter describes the faith and persistence of Nigerian immigrant Victor Fakoya, who enjoyed the support of his family and community through his two-year ordeal.

Fakoya had been home caring for his own two daughters and a 2-year-old boy, the son of a family who was living with them. He dialed 911 when the boy started vomiting.  The child died, with a skull fracture revealed at autopsy, and doctors concluded he had been assaulted immediately before his meltdown. According to the AP report:

The jury in [Fakoya’s] first trial deliberated two days but failed to reach a verdict. A second jury acquitted Fakoya. Five days later, county officials pressed a Family Court case against Fakoya, alleging that he was unfit to return to his own family because a child died as a result his abuse.

Few suits like this one have succeeded in the past, but Anglican minister Rev. Dorian Baxter in Canada announced his victory last month over the Children’s Aid Society, achieved after he had illicitly recorded a meeting in which social workers admitted he was innocent of molesting his daughters but threatened to prosecute him if he didn’t agree to their conditions. He told his tale in a bit of a sermon, at this link.

The Arizona press seems to have missed the “not guilty” verdict in the trial of Robert Gilcrist, a young father who said he had dropped his daughter while removing her from her car seat. She seemed fine for several hours, he reported, but the next morning her breathing was not right and she did not seem to recognize him. When paramedics arrived, the girl was breathing normally, and she was rated as fully conscious on the Glasgow Coma Scale, 15 out of 15. 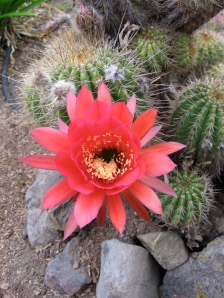 Her condition deteriorated, however, and diagnositic scans revealed brain swelling, which peaked about 24 hours into hospitalization. She was left with permanent brain damage, and doctors concluded that a short fall could not cause such a serious injury. Their reports included opinions that “retinal hemorrhages indicate that there was a rotational component to this, such as may be seen with shaking” and “[i]f the victim suffered these injuries on Saturday evening, she would not have survived until Sunday morning.”

At the time, Gilcrist was living with his daughter in a church outreach home, and the infant’s mother was living in a motel across the street while enrolled in a rehabilitation program.

Finally, the Daily Mail in England reports on a family finally united after the father was wrongfully accused in 2007 of shaking the older of his two daughters. The girl made a complete recovery, and further examination of the medical records revealed that the incident could have been related to her difficult birth or a cyst in her throat, whose presence was not revealed to the original jury.

The good news is that all these fathers were ultimately exonerated. The bad news is that these prosecutions continue, seemingly unabated.

If you are not familiar with the debate about shaken baby syndrome, please see the home page of this blog, at https://onsbs.com/. Unfortunately, child protection professionals also teach that a short fall can’t cause serious injury to a baby, which is a  misconception.