An Evolving Theory, a Tragic Tale 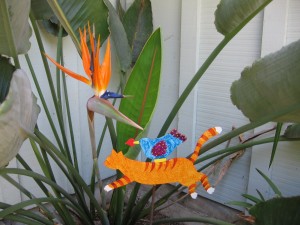 An editorial this week by a pathologist in Durango, Colorado, has alerted me to another way a life can be destroyed by a misdiagnosis of infant shaking.

Former Florida medical examiner Dr. Joan Wood died recently after a long and respected career that was marred toward the end by, among other things, two diagnoses of shaken baby syndrome that were later rejected.

Wood had resigned under a cloud in 2000, after harsh criticism from the district attorney when she’d derailed a high-profile adult head-injury case by changing her mind about cause of death. The SBS cases unravelled after she left office, when her successor took a second look at some of her other autopsies: Charges were dropped against one young father, and another was released after four years in prison on a manslaughter conviction. The previously vibrant, articulate pathologist is reported to have spent the rest of her life as a recluse.

She was wrong at times, and when a medical examiner is wrong, people get hurt.

Dr. Wood got hurt, too. Badly. She lost her self-confidence, buckled under the fear she might be wrong and broke.

People think medical examiners should never make mistakes. They should foresee which evolving theory – such as shaken baby syndrome – will stand the tests of time and which will not. They should never be sufficiently moved by the death of an innocent to stretch an opinion or yield to bias or embrace the illusion that they know more than they do.

I think we can agree that Dr. Wood was yet another victim of the classic model of SBS. Our best hope from tragedies like this one is that more forensic pathologists will understand that SBS is “an evolving theory” and not an established fact.

Myself, I like to think that most medical examiners would agree that they “should never be sufficiently moved by the death of an innocent to stretch an opinion or yield to bias or embrace the illusion that they know more than they do.”

Congratulations to us:  The Comments page from last week’s controversial shaken baby piece in the San Antonio Express-News has enjoyed a major shift in tone over the past few days.

The three top vote-getters still reject any questioning of SBS, but the full Comments page now sports 13 posts, six of them critical of SBS theory.  Over the weekend when I posted The Distant Sound of Presses Turning, there were only eight comments, seven of them condemning the babysitter. Thank you to those of you who spoke up.  And good work:  The skeptics’ comments are thoughtful and well written.

Let’s hope the editors have noticed, and that the minority viewpoint is becoming more believable.

One response to “An Evolving Theory, a Tragic Tale”