The Distant Sound of Presses Turning 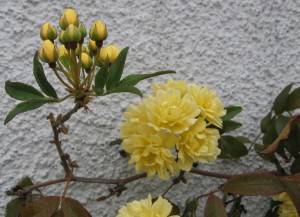 The shaken-baby story is breaking, but the public is reluctant to believe.

This week the San Antonio Express-News published a balanced and thoughtful piece by reporter Melissa Fletcher Stoeltje, under the provocative title Does ‘shaken-baby’ syndrome exist?  The article examines the case of infant-care provider Aritzaid Santiago, who remains in prison.

When I emailed my praise to Ms. Stoeltje, she replied with thanks for my words of support, adding, “I am being otherwise excoriated.”

After joining the on-line conversation about the article, I’ve gotten a glimpse of what she’s talking about.

The Express-News ranks its on-line comments by their popularity with readers, who can push little thumbs-up and thumbs-down buttons on each posting.  The three top vote-getters are displayed with the story, the others on a jump page. I just took this unsettling screen shot:

I take comfort that my own comment has received four thumbs-ups and only one thumbs-down, for a total popularity of 3—still behind, alas, “She should face the death penalty and nothing less,” which was at 5 until it occurred to me I could give it a thumbs-down, so now it’s at 4.

All of which reminds me of a recent quote from radiologist David M. Ayoub, MD, who received a chilly response to his presentation “Congenital Rickets Misdiagnosed as Child Abuse” at last month’s Pediatric Abusive Head Trauma conference in San Francisco. When a member of the audience asked whether it bothered him that most people think he’s wrong, he answered, “The truth is not a popularity contest.”

But public relations is. If you have the time, and are willing to create an account with a random media outlet, please consider joining the conversation that accompanies the San Antonio article, which you can get to by clicking here.

Thanks to those of you who took action.  The tone of the comments page changed dramatically over the few days after I posted this entry.  For details see “Texas Update” at the end of a different the post, An Evolving Theory, A Tragic Tale.

2 responses to “The Distant Sound of Presses Turning”