Among the stream of new accusations and disappointing appeals comes an encouraging piece of news:  A Vermont jury has found 29-year-old Russ Van Vleck innocent of manslaughter in the 2009 death of his 5-week-old son Colin.

The press reports are already archived, so I’ll have to summarize here from the Bennington Banner and Manchester Journal coverage:

Van Vleck called 911 at about 10 pm on October 2, 2009, for help with his son Colin, who he said had stopped breathing while lying next to him on the couch. Van Vleck attempted CPR while waiting for the ambulance, following the instructions of the operator. He later told police the technique was different from what he’d learned in the National Guard. “I felt like I ate up 10 minutes of his life by not being able to do the CPR right for him,” Van Vleck said in a taped interview played at his trial, “I just wanted to get him to somebody who knew what they were doing.” 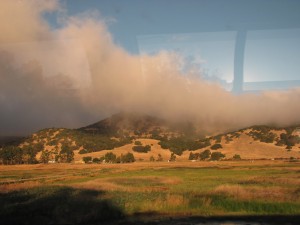 Colin had no bruises, fractures, or other signs of battering, and he’d been sick in the days before the incident—the doctor had diagnosed flu. Colin’s birth five weeks earlier had been complicated by a prematurely fused skull suture, a congenital defect that gave his head an odd shape. Still, State Medical Examiner Steven Shapiro, who performed the autopsy,  and his colleague at the ME’s office, neuropathologist Elizabeth Bundock, testified that the boy’s death could only have been caused by abusive shaking shortly before he stopped breathing. In opening remarks at the trial, Deputy State’s Attorney Christina Rainville was quoted:

“The evidence is going to show that Russ caused Colin’s death in a moment’s rage, a moment’s loss of control, and that Colin died of massive internal injuries consistent with being violently shaken, or being thrown into a soft object like a couch, a crib mattress, a bassinet, or a padded chair.”

Van Vleck enjoyed the support of friends and family throughout the 2-year ordeal. Attorneys William D. Wright and Joyce Brenner brought in neurosurgeon Ron Uscinski—a veteran of the Louise Woodward trial—and two Florida pathologists, who argued that the combination of birth trauma and skull defect had spawned the deadly bleeding and swelling. 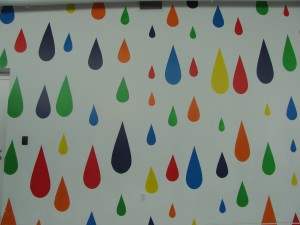 The jury found Van Vleck innocent, but supporters report that social services has now targeted him as an abuse threat: He is allowed only supervised contact with his baby daughter, born in March of this year.

And of course he and his family are left with the cost of the defense and their new, notorious status in a community exposed to years of news coverage that assumed the father was guilty. Van Vleck’s National Guard deployment was delayed in 2009 because of his son’s death—I’ve seen no word yet on whether he will be heading out now.

The good news is that Van Vleck was able to fight the charges, with the support of his family and friends and help from a few doctors willing to weather the scorn that comes with testifying for the defense in a child abuse case. My next posting will tell a different, more common story.

If you are not familiar with the debate surrounding the diagnosis of shaken baby syndrome, please see the home page of this site, at https://onsbs.com/