Although growing armies of professionals and parents are organizing to fight the misguided prosecutions in alleged shaking cases, the tragedies continue. 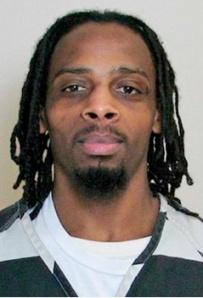 A girl’s death nine years after a presumed shaking assault has led to murder charges against her father, who had already served time for the incident.

Charged in 2001 with felony attempted aggravated battery, the young father pled to a lesser offense and received a 15-year sentence. He spent six years in prison and was released on parole in 2007—but when his severely disabled daughter died of bronchial pneumonia in 2009, prosecutors charged him again, this time with murder.

A judge has heard the arguments and is deciding this father’s fate, according to the coverage in his local newspaper. I wish I had access to the original details, as the news report offers only this hint about what the parents said happened that night :

At that time, the child’s mother, Jodi Pinkas, gave an account of the incident that did not line up with the prosecution’s theory of the case.

Pinkas said Tuesday she was wrong and sorry for what she had said.

The news story also implies that the original diagnosis was based on the triad alone:

A St. Louis County, Mo., medical examiner’s report said the manner of death was homicide and the cause was traumatic brain injury and child abuse – specifically, delayed death due to blunt trauma.

Jensen said blunt trauma could include vigorous shaking. There were no external injuries.

After the disabling brain injury, the girl had been cared for and ultimately adopted by a great aunt, who has been an active voice in the anti-shaking movement.

The next story is unsettling in many ways, including the rush to judgment.

A father of 11-week-old twins said he was feeding one of them a bottle when the boy started coughing and expelled liquid from his nose. The father told investigators he turned his son upside down, shook him, and slapped his back, but his breathing was “very much labored.” The man then turned to the internet for advice before actually dialing 911.

The boy arrived at the hospital brain dead and was diagnosed as a shaken baby. When police later seized the family computer as evidence, they found a number of searches just before the 911 call—including “when to call 911″—as well as previous searches regarding child abuse, and a child-abuse game described this way in the Oregon Live coverage:

According to the report, the game is “a simple DOS-based program where the protagonist drives around in a van/bus/ice-cream truck, picks up 10 children, and abuses them (physically and/or sexually) while trying to avoid attention and the police.”

The game had been downloaded to the computer and played once. While I’m repulsed by the description, if we’re to be judged by the games found on our computers, I know a number of young men who are guilty of espionage, war crimes, and intergalactic mass murder.

Like the headline-writer at Oregon Live, I reached an unsupported conclusion the first time I read the article, which makes this observation about the computer forensics report, submitted by the prosecutor, especially unsettling:

The report cites specific searches and web hits, including “father hates infant,” “How do I stop abusing my baby,” and “Parents of Newborn Baby Accused of Horrific Abuse.”

The second time through, I realized it makes a very big difference if these are search terms or the results returned, but we don’t really know. What we do know is how quickly people judge when the doctors diagnose child abuse.

As Brian Bonds demonstrated a decade ago, even defendants with solid support structures can be persuaded to accept plea bargains. Now a young man in Florida is reportedly scheduled to plea this September in a short-fall case, even after a host of supporters, including the child’s mother, told the court they believe he’s innocent.

Leonard told investigators the baby fell off a bed, according to testimony. But doctors and a medical examiner say it’s impossible the trauma the child suffered was caused by a fall from that height.

The child’s mother reportedly testified, “I actually cannot believe he did anything wrong,” and his father told the court  his son “loved [the girl] to death . . . he wouldn’t hurt her.”

According to a report on the website MLive, a couple in Michigan is suing a day-care center over an incident in December, when their son fell unconscious and was rushed to the hospital. The suit alleges the child was “brutally shaken and viciously assaulted” at the center.

The MLive coverage implies that this diagnosis is based on the triad alone:

The suit alleges that Hurley officials found no outward physical signs of trauma on the child but he did suffer multiple hemorrhages and seizures consistent with shaken baby syndrome.

The police have not yet charged anyone in the presumed assault. Supporters of the family and supporters of the day-care center have both joined the on-line conversation, illustrating how a diagnosis of child abuse can poison a community.

I am definitely putting this case in my files. I hope it can make it into the medical literature, because I have heard respected child-abuse experts report that shakings are virtually unheard-of at centers with multiple caretakers.

There are other new cases, of course, but these four seemed to have lessons with them.