As the improbable accusations, heart-wrenching convictions, and dogged appeals accumulate, the press is running more stories about disputed diagnoses of shaken baby syndrome. 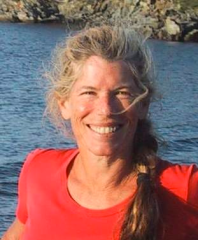 In upstate New York, for example, the Democrat and Chronicle has run a two-part series of what it calls “Watchdog Reports,” with independent text and video treatments.

Part I, “Shaken baby science doubt grows,” features a complex and thoughtful text piece about child-care provider René Bailey, whose 2002 conviction is now being appealed by Professor Adele Bernhard and her students at Pace Law School’s Post Conviction Project. The story includes an intriguing tale told by a new witness, the woman who later cared for a 2-year-old boy who was also at Bailey’s house that day. She says that he seemed to be re-enacting the fatal incident during spontaneous play, again and again with stuffed animals, as a leap from a chair.

The video offers statements from both sides: Ontario County District Attorney Michael Tantillo says the “vast majority” of experts are comfortable with the diagnosis once known as SBS, now called abusive head trauma. Defense attorney William Eastman expresses his skepticism without explaining that he was part of the team that represented Barbara Hershey, 67 years old when she was convicted in 2007 for the presumed shaking death of her 4-month-old grandson. Hershey was released in 2011, after her sentence was reduced in a proceeding that did not address the validity of the diagnosis. Like so many women in her position, Hershey has had the support of her family from the beginning.

Part II of the series, “Shaken-baby triad still rules in New York courts,” devotes both the text and video segments to Hershey’s case—the treatments are different, though, and the commercial before the video is only 15 seconds, so I recommend both reading and watching.

A European human rights court, meanwhile, has declined to order compensation for accused mother Lorraine Allen, whose 2000 conviction for presumably shaking her son to death was reversed in 2005. Ms. Allen says she was not surprised at the decision, but is bitterly disappointed that she still has no visitation rights with her surviving son, born after the charges were brought and adopted out against her will.

Allen’s case is one of the last in which Dr. Waney Squier testified to the mainstream model of shaken baby syndrome, repeating on the stand what she’d learned from her medical mentors and colleagues: that the boy’s combination of subdural hematoma, retinal hemorrhages, and encephalopathy represented a shaking injury. 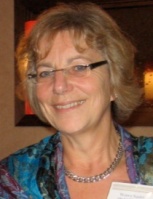 Dr. Squier realized the model was wrong over the next couple of years, she has said, based on her experiences with cases like Allen’s and the work of Dr. Jennian Geddes. “By then it was far too late for my family,” notes Allen, although Dr. Squier did help overturn her conviction—after Allen had already served her time in prison and lost both her sons and her marriage to the accusations. At the time of his death in 1998, four-month-old Patrick had no bruises, grip marks, neck injury, or other signs of violence, only the pattern of intracranial bleeding and swelling that at the time was considered proof of abusive shaking.

The current coverage focuses on whether the vacation of Allen’s conviction was an actual exoneration, as explained in this report from The Guardian: “Lorraine Allen denied compensation after being wrongfully jailed for killing son.”

The diagnosis in this case was made in the face of this extraordinary history:  On December 4, 1998, 4-month-old Patrick received his third round of immunizations. At 1 am the next morning, Allen called her doctor with a report that the boy was having trouble breathing. Dr. Barber made a house call and found the child a little “snuffly” and with a slightly elevated temperature, but otherwise fine. He left the home at about 1:30. An hour later, Allen called for emergency help with an unresponsive child. Patrick was resuscitated and placed on life support, but he never regained consciousness and died two days later. Prosecutors concluded that Allen had violently shaken her son after the doctor’s visit and before the emergency call.

For a solid account of the case, written last year for The Justice Gap by a consultant to Allen’s defense team, please see “Shaken Baby Syndrome—And the Fight for Justice.”

Back in the States, the Medill Justice Project has put together its best shaken baby video yet, including a rare interview with law professor Deborah Tuerkheimer, who has caused major waves the past few years with her journal articles and New York Times op ed piece.

And moving north again, the Weekend Telegram in Nova Scotia has run a thoughtful three-part series featuring a familiar tale:  An infant with previous health issues removed by social workers who believed the little girl had been shaken—in this case, even though doctors deemed the evidence against the mother too murky for criminal charges.

Part 2 “Justice at a heavy price”

Part 3 “Victims of tunnel vision,” which introduces the case of Audrey Edmunds.

A High Court judge in Britain has declined to remove three children from the care of their parents, despite findings of subdural hematoma in each of their offspring. The judge seems to have been swayed by the family’s complex medical history, as explained in the coverage on the web site This Is Cornwall: “Parents win battle to keep their children out of care.”

Finally, a family in the southern U.S. has enlisted the help of their legislator after social services restricted access to their older children because of an abuse report triggered by retinal hemorrhages in their infant’s eyes. A follow-up evaluation found no evidence of abuse and attributed the infant’s death to a bad reaction to medication, but the family was disrupted for 5-1/2 months while the paperwork caught up to them.

As the child’s mother noted, “We were kind of guilty until proven innocent.”

Television station KATC in Layfayette, Louisiana, offers both video and text coverage on their web site, at “Iota family fighting for new legislation after misdiagnosis forces call to child services.”

Business Goes On as Usual

Despite all of these developments, the accusations continue—and the interrogations and the prosecutions. Just in the last couple of days, for example, young men who initially denied any abuse have become confession statistics:

“Police:  Ogden Man Admitted To Shaking Baby in His Care”

And a couple has been cast by the police and the press in the worst possible light after they sought medical help for their son, who was found to have symptoms “consistent with” shaken baby syndrome:

I suppose some or all of these people might be guilty, but myself, I see lots of room for innocence in all three cases.

If you are not familiar with the debate surrounding shaken baby syndrome, please see the home page of this blog site.