A Triad of Successful Filings

The accusations, arrests, and convictions continue, but three different  filings have brought once-settled infant head injury cases back into the courtroom.

In an exciting illustration of effective reform, a new Texas law opened the door for a motion on behalf of Robert Avila, convicted in 2001 of murdering his girl friend’s toddler and currently scheduled for execution in January of 2014.

As reported in The New York Times, Mr. Avila claimed he was not in the room when the 19-month-old was injured, and learned that the little boy wasn’t breathing only when the child’s 4-year-old brother came and told him. Pediatric surgeon Dr. George Raschbaum testified that the toddler’s injuries were so severe that the larger boy could have caused them only by jumping on his brother from a height of 20 feet. 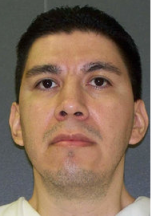 The recent law, SB 344, allows the court to grant a new trial if the forensic science in the case has evolved. Avila’s attorney, Cathryn Crawford of the Texas Defender Service, solicited affidavits from experts who have been researching infant head trauma, including forensic pathologist Dr. John Plunkett and biomedical and biomechanical engineer Dr. Chris Van Ee. Van Ee’s laboratory re-creation of the presumed event concluded that an 18-inch fall by the 4-year-old onto the younger boy could have produced the fatal injuries.

Judges heard arguments on the motion from both sides on Wednesday, Sept. 11. Avila’s attorneys are requesting a postponement of his January, 2014 execution date, to allow for a full resolution of the issues.

Meanwhile in Michigan, a judge has declared a mistrial in last spring’s conviction of Leo Ackley for the presumed murder of 3-year-old Baylee Stenman, his girl friend’s daughter. Ackely said at the time that another child reported hearing a thump from the girl’s room. When he went to investigate he found Baylee on the floor:  He’d assumed she’d fallen from the bed.   The medical examiner, however, testified that a fall from a bed could not have caused the fatal injuries, and other doctors reported finding “classic” signs of abuse.

Apparently, jurors heard no evidence that some experts believe short falls can be fatal—such as Dr. Werner Spitz, a pathologist whose opinion was solicited for the appeal by Ackley’s new attorney, Andrew Rodenhouse. The local television station WoodTV quoted Rodenhouse:

“More and more forensic pathologists are looking at this and questioning the science, because its tough to determine how much force it takes to kill a child.”

Thirdly, in Newfoundland, another judge has declared a conviction unsound based on new arguments about the science behind abusive infant head trauma.

The case against Colin James Matchim seems to have involved allegations of pure shaking. His current attorneys convinced the court to hear new aguments in June, as described in The Western Star:

A hearing of the application concluded in June. It saw medical experts from around the world testify, and included complex medical evidence that delved into the widely debated issue of Shaken Baby Syndrome and its validity.

False Conviction Rates in The News

And finally, with thanks to the Wrongful Convictions Blog for the tip, all of these revisitations of convictions have come just as Jim Petro, the former attorney general of Ohio, has published an editorial calling our nation’s current false conviction rate “intolerable.”

He opens his editorial in the Akron Beacon Journal with the provocative question,

“Would you get on an airplane if there were a 2.3 percent chance it would crash?”

Petro is the co-author, with his wife Nancy Petro, of the book False Justice—Eight Myths That Convict the Innocent.

If you are not familiar with the debate surrounding shaken baby syndrome and pediatric abuse head trauma, please see the home page of this blog.

9 responses to “A Triad of Successful Filings”