A Swedish agency charged with assessing health technology and social services has published a review of the shaken baby literature declaring the scientific evidence for shaking theory “weak” and noting that a number of other medical conditions can cause the findings typically used to diagnose shaking injury.

The posted report from the SBU (Statens Feredning för Medicinsk Och Social Utvärdering) is in Swedish, so I am relying on a Google translation and private email exchanges with native Swedish speakers for this summary.

Feb. 2017 update: The report is now available in English 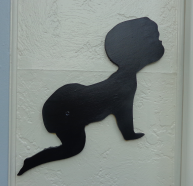 The SBU team looked only at cases of pure shaking, without evidence of impact, in children younger than 12 months, and they set standards regarding sample size, study design, and more.  Their literature search strategies yielded 3,773 abstracts, and they screened 1,065 of the articles in full text. Only 30 of the papers met their reliability guidelines. The authors ranked two of those papers as medium quality, designating 28 of them low quality and none of them high quality.

The report identifies the recurring problems with the published research, especially the circular reasoning introduced when shaken infants are identified by the criteria being studied. The two papers that passed the quality review are both from France, Vinchon 2010 and Adamsbaum 2010:

Both papers used confessions to identify abused children—the report noted that neither paper provided details of the circumstances in which the confessions were obtained.

The SBU report follows a Swedish Supreme Court decision last year that overturned the conviction of a father with the observation (from the English translation of the decision):

It can be concluded that, in general terms, the scientific evidence for the diagnosis of violent shaking has turned out to be uncertain.

This week’s report, which confirms the court’s conclusion, has made a splash in the Swedish press, with headlines like “Shaky support [skakig bevisning] för shaken-baby-syndrome.” Google translates the introductory paragraph of that piece as:

The diagnosis of “shaken baby syndrome” has previously been questioned both medically and legally. Now comes the SBU and Smers investigative report argues that the evidence of [shaking violence] not measure up.

Mats Hellberg, a board member of the Swedish group RFFR (Riksförbundet För Famijers Råttigheter, or National Association for the Rights of Families), reports that the Swedish child protection teams are objecting that the SBU’s conclusions will make it harder for them to protect children in the future. “Positions are extremely polarized and group thinking is strong,” he wrote.

In addition to criticizing the existing literature, the report suggests the kinds of research that would help resolve the ongoing debate about shaking theory. I hope the SBU analysis, which I’m told is now being translated into English, will trigger more reflection, more rigorous research, and more clear thinking about shaken baby theory.

Oct. 29 update:  With thanks to readers who alerted me:  The American Academy of Pediatrics (AAP), the Society for Pediatric Radiology, and a number of other professional organizations approached the SBU earlier this month, asking for input on the final report before it was published. These letters were published in the Swedish periodical Expressen, which presented them as an attempt to interfere with the independent Swedish review. There is a translation tool at the top of their on-line treatment, which includes close-ups on the letters in the photo collection. An excerpt from the AAP letter:

“Medical and biomechanical research, clinical and pathologic experience, and radiologic evidence have confirmed the understanding of the range of mechanism that contribute to brain injury from these forms of abuse.

“Because a report from the SBU could have global medical, public health, and legal ramifications, we respectfully request that you allow international peer review by AAP experts on child abuse, pediatric radiology, neurological surgery, and that you consider their feedback in the final report. In addition, we request that you promptly provide us with the draft report so that we can evaluate your  methods, sources, conclusions, and review processes and prepare a timely response if appropriate.”

I think it’s fair to assume the AAP is now working on a rebuttal.

If you are unfamiliar with the debate about shaken baby syndrome, please see the home page of this blog.