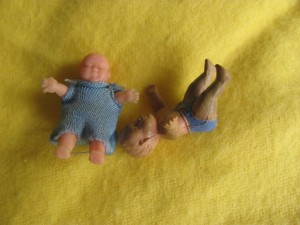 The Supreme Court has made another unfortunate decision in a child-death case, with Justices Sonia Sotomeyer, Ruth Bader Ginsburg, and Elena Kagan dissenting.

Yesterday’s ruling allows prosecutors to retry Alex Blueford in Arkansas on charges of capital murder and first-degree murder in the 2007 death of one-year-old Matthew McFadden Jr., the son of Blueford’s girl friend.

The jury in Blueford’s trial had been instructed to consider four possible charges in sequence, the most serious first:  Capital murder, first-degree murder, manslaughter, and negligent homicide. The jurors had agreed among themselves that Blueford was innocent of capital murder and first-degree murder, but then found themselves deadlocked on the manslaughter charge. The judge declared a mistrial and the prosecution prepared to retry Blueford on all four charges, but his lawyers argued that would be double jeopardy, since the jurors had agreed unanimously he was innocent of the two most serious charges.  The Supreme Court rejected that claim, saying the interrupted verdict did not constitute a legal finding.

At the time of Matthew’s death, Blueford reported that he had accidentally knocked the child to the floor, but prosecutors said he had slammed the child to death.

For more information see the Washington Post coverage and the decision itself.

For the story of the Supreme Court’s last unfortunate child-death decision, see this post.