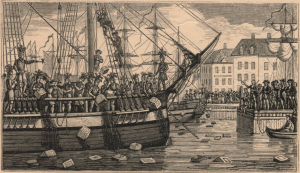 Physicians and attorneys in Boston, Massachusetts, where the Louise Woodward trial brought shaken baby theory onto the national stage, are heading into another battle over infant shaking, as pediatricians clash with the medical examiner about the diagnosis and the state’s high court reconsiders past convictions.

Tensions started ramping up last summer, when the medical examiner’s office changed the cause of death in the case of 1-year-old Rehma Sabir, from “homicide” to “undetermined,” which convinced the district attorney to drop murder charges against the girl’s nanny, Irish national Aisling Brady McCarthy. Not quite a year earlier, with less publicity but for the same reason, the county had dropped charges against accused father Geoffrey Wilson. Then last December, the medical examiner’s office pulled back from a third homicide declaration in an infant death initially attributed to shaking, but the district attorney held firm and is still moving forward with charges against Pallavi Macharla, a child care provider who had been a physician in her native India.

Now the Massachusetts chapter of the American Academy of Pediatrics (AAP) has written a letter to Governor Charlie Baker calling for an investigation of the medical examiner’s office and warning that its staff might be listening to the opinions of defense experts, as quoted by Patricia Wen in The Boston Globe:

“Publicly available information questions whether individual examiners may have been influenced by participating attorneys and paid reports from defense medical experts,” according to the letter obtained by the Globe. “Sadly these extraordinary and alarming events call into question both the capacity and independence of our medical examiner’s office.”

This quote illustrates the kind of rhetorical thinking that can obscure logic when the topic is child abuse. Despite the implications of the phrase “paid reports from defense medical experts,” the state’s doctors are also paid for the time they spend preparing reports. The objection, then, must rest on who is paying, as if the opinions of the state’s doctors should necessarily prevail over the opinions of the defense experts. And I wonder whether the pediatricians have really thought through the question of “independence.” The medical examiner’s office is ordinarily on the same team as the detectives and the prosecutors, all agents of the state. In child abuse cases, the diagnosing pediatricians are also part of the prosecution team. In three instances in less than two years now, individual examiners have concluded that medical factors identified by defense doctors could have explained the infant deaths, putting the examiners at odds with physicians who are usually their allies. To me, that sounds like the essence of independent thinking.

The Massachusetts pediatricians seem to be asking the governor to step in and order the medical examiner’s office to follow the advice of the child abuse experts. Again from The Boston Globe coverage:

“The letter to the governor appears to represent growing frustration by the pediatricians’ organization, which had originally sought a behind-the-scenes solution to their concerns that fatalities from abusive head trauma — also known as ‘shaken baby syndrome’ — were potentially being wrongfully labeled as deaths caused by rare medical events….

“In early March, top members of the pediatricians’ group met privately with state public safety secretary Daniel Bennett and [Dr. Henry] Nields, the chief medical examiner, hoping they would agree to launch a comprehensive review of the handling of these child fatalities.

In a follow-up debate on station WGBH in Boston, former Massachusetts attorney general Martha Coakley, who prosecuted British au pair Louise Woodward in 1997, insisted that the pediatricians were right in the first place, the medical examiner’s office “doesn’t have the training to make the right decision” in abuse cases, and individual medical examiners are “just not doing their jobs.” She dismissed critics of shaken baby theory as “15 to 20 people who have made a cottage industry out of attacking these diagnoses.” 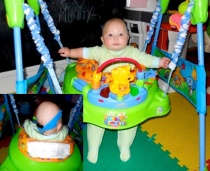 The letter to the governor was signed by Dr. Michael McManus, president of the Massachusetts chapter of the AAP, and Dr. Stephen Boos, chairman of the chapter’s abuse and neglect panel and a proponent of shaken baby theory. In a break-out session at the 2012 conference of the National Center on Shaken Baby Syndrome, Dr. Boos criticized both the structure and the implementation of the 2011 Jumparoo study by biomechanic John Lloyd, PhD, which concluded that a child playing in a commercial jumping toy achieved the same magnitude of angular acceleration as adult volunteers shaking a biofidelic mannequin. “Shaking is no worse than a Jumparoo?” Boos jeered, “You’ve got to be kidding me.” In a review of Dr. Steven Gabaeff’s 2011 article challenging the pathophysiological connection between brain findings and a shaking diagnosis, Dr. Boos acknowledged Dr. Gabaeff’s scholarship but rejected his “teleological flights of fancy,” summarizing:

“I do not believe this paper develops a larger truth, though there are kernels of truth here and there. Instead, it displays the sorts of arguments we must refute when asserting the mainstream view of abusive head trauma.”

A month after the pediatricians’ complaint to the governor, the Massachusetts Supreme Judicial Court (SJC) recognized the reality of a debate about shaken baby theory, in its decision ordering a new trial for Oswelt Millien, a father who served five years in prison for the presumed 2009 shaking of his daughter. The court concluded that Millien’s attorney had provided ineffective assistance by failing to seek court funds to hire an expert witness for an indigent defendant, so that the opinions of the state’s experts went unchallenged at trial—that is, the same situation the pediatricians would like to see in the medical examiner’s office.

If the district attorney follows through with a trial of Pallavi Macharla, though, I expect both sides to bring experts to the courtroom. Macharla’s attorney JW Carney demonstrated in the debate with Martha Coakley that he’s already done his homework (probably when representing Geoffrey Wilson), but in case he hadn’t, he could look to the Millien opinion, which features in its footnotes a bibliography of key documents in the shaking debate. Millien’s previous appeal had been turned down by a judge who agreed he deserved a defense expert but concluded that a single expert would not have changed the outcome of the trial. In this decision, the judges conclude that the jury might have made a different decision if they had known the diagnosis is controversial:

By vacating the defendant’s convictions in this case and ordering a new trial, we do not claim to have resolved the ongoing medical controversy as to how often the triad of symptoms of abusive head trauma are caused by accidental short falls or other medical causes. We are simply recognizing that there is a vigorous debate on this subject, that arguments are being made on both sides with support in the scientific and medical literature, that this debate is evolving, and that, in the circumstances of this case, we do not have confidence in the justice of these convictions where defense counsel did not retain an expert to evaluate the medical evidence and, as a result, the jury heard only one side of this debate.

Because Oswelt Millien has already served his term, the state has little incentive to pursue a second trial, but the debate will be through the headlines again, both as the Macharla case unfolds and when the SJC reaches a decision on the pending appeal of Derick Epps, convicted in 2007 of assaulting his girl friend’s daughter.

July 2016 update: The SJC has ordered a new trial for Derick Epps, http://law.justia.com/cases/massachusetts/supreme-court/2016/sjc-11921.html